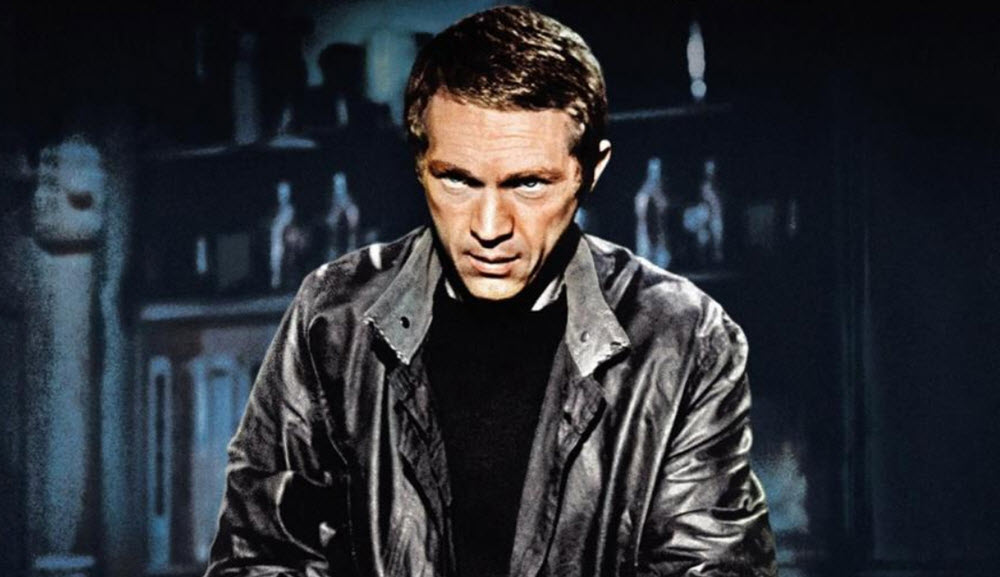 The Cincinnati Kid is a 1965 drama film set in the Depression-era United States.

Based on the novel of the same name by Richard Jessup, the screenplay was written by Ring Lardner Jr. and Terry Southern. The novel is set in St. Louis, Missouri but the film takes place in New Orleans, Louisiana.

The movie, which was directed by Norman Jewison, stars Steve McQueen as the young poker-player Eric “The Kid” Stoner. It was filmed on location in New Orleans.

The film garnered mixed reviews, but supporting actors Joan Blondell and Edward G. Robinson both earned award nominations for their performances. Blondell received a Golden Globe nomination for Best Supporting Actress, and was given an award from the National Board of Review of Motion Pictures, while Robinson was nominated for Motion Picture Exhibitor´s Best Supporting Actor Laurel Award.

This movie, set in the 1930s, tells the story of the young Eric “The Kid” Stoner who seeks to establish his reputation as the best pokerplayer in the country. To this end, he challenges the older poker player Lancey “The Man” Howard, who is widely regarded as the best poker player. There are similarities between this plot and the one for 1961 film The Hustler, a movie that deals with pool instead of poker.

The lead-up to the big game

In New Orleans, the poker-player Eric “The Kid” Stoner finds out that the renowned poker-player Lancey “The Man” Howard is visiting the city, and decides to challenge him.

The Man arranges a game with the wealthy William Jefferson Slade, and the Kid´s friend Shooter is enlisted to deal. The Man wins $6,000 from Slade in a 30-hour game, and the defeat wounds

After failing to bribe Shooter to cheat in the Kid´s favour in the upcoming game against the Man, Slade retorts to financial blackmail and also threatens to release damaging information regarding Shooter´s wife Melba. Shooter agonizes over what to do.

When the Kid´s girlfriend Christian is away, Melba tries to seduce him, but he rebuffs her and go to visit Christian and her familiy instead.

The big game starts with six players, including The Man and The Kid. Shooter both deals and plays, with Lady Finger taking over as dealer when he needs a break.

In a confrontation between the Kid and the Man, the Kid is $2,000 short and Slade stakes him.

After several hours, the Man busts the player Pig. Eventually, Shooter stops playing, and only deals. After a confrontation with The Man, two more players – Yeller and Sokal – drop out. Now, only the Kid and the Man is left in the game.

After a few unlikely wins for the Kid, he suspects cheating and calls for a break. He confronts Shooter who spills the beans about how Slade is blackmailing him to cheat in the Kid´s favour. The Kid threatens to expose Shooter´s cheating unless he deals correctly from now on. Before the game resumes after the break, Melba succeeds in seducing the Kid. Christian makes a suprise visit, catch the Kid with Melba after the fact, and walks out.

Slade tells the Kid that Shooter will continue to cheat and also threatens the kid with a menacing thug. The Kid manuevers to have Shooter replaced by Lady Finger at the table. With Lady Finger dealing, the Kid still wins several major pots from the Man, who is beginning to lose confidence.

During the final hand of the game, the Man beats the Kid with a queen-high Straight Flush against a Full House of aces and tens. The Kid loses all his money, and also an additional $5,000 raise from the Man that the Kid called before the Man revealed his hand.

The Kid is ridiculed by the Man, Slade and Melba, but consoled by Shooter. After leaving the hotel, the Kid loses a penny pitch to a shoe shine boy he had beaten in the same game in the beginning of the movie. After leaving the boy, he runs into Christian and they embrace.

In some cuts, the film ends with a freeze-frame of the Kid´s face right after his penny-pitching loss, and the last scene with Christian is not included.

The freeze-frame ending was what the director wanted, by the producer insisted on adding the scene with Christian.

Short facts about The Cincinnati Kid